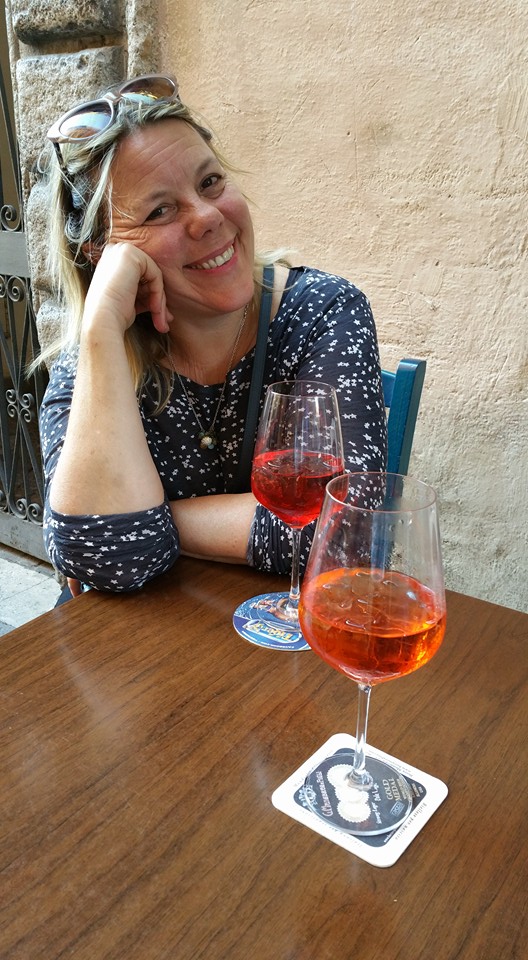 I’m the author of four books of nonfiction and hundreds of magazine articles. I’ve always been a writer, and have never had a full-time job doing anything else. I grew up in Colorado, where my mom had a friend who worked at home writing stories, with no boss, so from the age of five I decided to become a freelance writer, too.

I edited the Wesleyan Argus and published my first piece in the Jerusalem Post while volunteering on an Israeli kibbutz. Since then, I’ve contributed to publications ranging from the New York Times “Modern Love” column to O, The Oprah Magazine, Gourmet, and Vogue. I’ve been a contributing editor at San Francisco Magazine, More, Sunset, Craftsmanship Quarterly, Good Housekeeping, and the San Francisco Bay Guardian. Much of my work focuses on women’s health, medicine, travel, climate change, social justice, personal essays, and food as a way into the hearts of other cultures.

In 1995, I wrote my first book, Losing It: America’s Obsession with Weight and the Industry that Feeds on It (Dutton, 1995), a ground-breaking and award-winning exposé of the diet industry that continues to be cited in academic papers on the topic. In 2001, I wrote An Italian Affair (Pantheon), a travel memoir that was a New York Times best-seller. After that, I spent a period writing more about food, travel, and relationships in personal essays. In 2010, I published All Over the Map (Harmony Books), which Booklist called “a winning coming-of-middle-age memoir.” I published The Risotto Guru, a collection of essays, with my own publishing company, Shebooks, in 2016.

I have taught writing at Stanford University’s continuing education program, UC Berkeley Graduate School of Journalism, Aspen Summer Words and the Writers Grotto in San Francisco, where I was a longtime member. Through my company, Narrative Solutions, I develop clear and engaging content for clients including Genentech, Roche, and the San Francisco Museum of Modern Art. I have a secret life as a biotechnology writer, and can write about science in clear, friendly language. I’ve done a lot of work with biotech firms, including Genentech and Roche. More recently, I’ve been writing more about climate change, working with the scientist Saul Griffith as a writing partner, and with the non-profit he founded, Rewiring America.

My work has been frequently anthologized, including in Best Food Writing and Best Women’s Travel Writing collections. High school and college students all over the country have to read my essay, “Why I Stopped Being a Vegetarian,” because it’s included in so many readers (if you’re one of those students, please don’t email me and ask me to help you with your homework).

In 2013, I co-founded a publishing company, Shebooks, with my friend and former editor, Peggy Northrop, and publishing industry business whiz Rachel Greenfield. We published 75 short e-books by and for women (I was Editorial Director), and then sold the company in 2017 to SheWrites Press (no relation).

I’ve given speeches and appearances at numerous universities and media outlets. In connection with my book on the diet industry, I appeared on the Today Show, Good Morning America, NBC Nightly News, MTV, CNN, and many other national TV shows. I’ve been a frequent panelist at writing conferences and have told stories at San Francisco’s Porchlight series and on National Public Radio’s Morning Edition. I’ve moderated panels at the Commonwealth Club in San Francisco and at Berkeley Arts & Letters. I was awarded the Bert Greene Award for Essay Writing by the International Association of Culinary Professionals and recognized by the Women’s Science Research Foundation for my reporting on women’s health issues.

A longtime Haight Ashbury resident in San Francisco, I spend part of my time in San Miguel de Allende, Mexico, where I rent out Casita Laurita and the Bird House when I’m not there. I speak Spanish and Italian pretty fluently. I’m lucky to be married to a sweet, funny guy I knew in college and re-met 30 years later. I love to sing jazz, dance salsa, and make minestrone soup and listen to the opera Carmen when it’s raining. I’m grateful to have been a member, for over 20 years, of the San Francisco Writers’ Grotto a community of generous, smart writers.

You can reach me at laura@laurafraser.com.